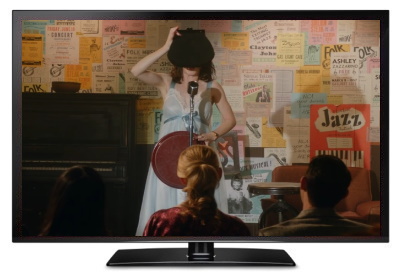 Is this what the final season of ‘Gilmore Girls’ would have looked like if it were picked up by AMC?

If there is one thing I appreciated about Showtime’s treatment of the seasons of ‘Homeland’ that followed it’s critically praised first season, it is having it lean more towards an ‘M’ show rather than ‘MA’. The ‘MA’ part never really left, as that is a given for an environment that has less restriction on content. There’s also the fact that the majority of the audiences really didn’t care about the graphic content. Eventually watching Amy Sherman-Palladino’s latest creation didn’t bring any confidence that it would be for me. First, it was a period piece. Second, it was clearly an ‘MA’ show. Either or both of those two characteristics would not be a likelihood that I will find a TV show endearing.

The Setup: Miriam Maisel (Rachel Brosnahan) lives a comfortable life in New York. She has two kids but doesn’t get saddled with their constant care. Her children stay with their grandparents (who have nannies to care for the kids) living in the same building and she spends time with them during the day. Her husband, Joel Maisel (Michael Zegen), has a cushy job and his being at loss at what he actually does (or what connection his daily tasks has with the whole corporate machine he has joined) indicates that it was awarded to him not because of merit (in a later episode we learn his dad got him the job). Miriam has a good head on her shoulders (she completed a degree that she was interested in), but not necessarily abreast about what was going on around her (It took an unplanned stroll to Washington Square Park for her to find out about the road about to be built through the arch).

The Inciting Incident: Joel tells Miriam that he is running off with his secretary. When the daughter passes the news to her father, Abe Weissman (Tony Shalhoub), he becomes livid (privately, so we don’t see him flinging stuff around — which I appreciate) then tells her that he thought her husband was weak upon first meeting him. There is a bit of comedy about how it should have been understood from his tone that he was trying to communicate this to her. In hindsight, there have been signs that indeed Joel does not have enough resolve to become the husband that our unexpected comic needed. The biggest one is him blaming her for his inadequacies. Their argument over a garment that was attacked by moths was quite telling.

The Stakes: The life Miriam thought she was supposed to live. Even with 1950’s culture in New York not normalising a woman building a career, sometimes it takes someone else to make an observation about a direction our life that can take that we couldn’t imagine. During that era, it was the norm of the upper class that a woman doesn’t work. In a way, it is also something that any gender aspires to in 2021 (though it would be more of ‘early retirement’ due to saving or having sold an app to one of the tech behemoths rather than being a ‘trust fund baby’ or having a spouse to take care of all your financial needs). In the Pilot, Amy smartly sets up Miriam noticing that Susie Myerson (Alex Borstein) wasn’t laughing when we first see Joel up on stage. I thought it was because Susie was progressive (the jokes Joel were making didn’t seem ‘fresh’ to her), but it turns out that it was a clue that she’s heard that joke from somewhere else.

In spite of those two ‘strikes’ against ‘The Marvelous Mrs. Maisel’, it had bucked what my past viewing would have dictated. The odds are worse because period titles that are a fit for me are likely films (2014’s ‘The Imitation Game’ and 2005’s ‘Pride & Prejudice’) and the novelty of it being a period piece wanes at some point of the episode or later within the season there is a change in tone (I can’t blame the creators of ‘Better Call Saul’ when Season 3 started to dovetail towards revealing the character who ‘Breaking Bad’ viewers have great affection for). It might have helped that I watched from the first second, and by the time I was 70% done (it was the point when Miriam realises that she had her notebook with her) I was sold.

Because I had seen most of the episodes of ‘Gilmore Girls’, there is quite a bit of familiarity while watching the first episode. Michael Zegen looked like a young Scott Cohen, which made me wonder if Miriam is just Lorelai Gilmore with a different set of circumstances. Not to mention that Alex Borstein also appeared in 9 episodes as a number of characters. Though I would likely give credit to the presence of Tony Shalhoub due to my enjoyment of his performance in the darkly comedic ‘BrainDead’ as lawmaker Red Wheatus. Sure enough, lots of the moments I’ve enjoyed during the season were from Abe.

As I am not a big fan of musicals, there was a strong impression that this was one (should I refer to that as an unofficial ‘third strike’?). Thankfully any ‘musical’ (more ‘La La Land’ and less ‘Begin Again’) motifs are just limited to very short periods. There’s also a ‘musical feel’ to the tracks chosen. Even if there was a disco feel to some of them, I wouldn’t say they were distracting. Usually the lyrics also fit well with either the episode (when it was playing during the end credits) or the scenes it straddled.

I wasn’t crazy about when Midge berates other women. Even if Penny Pann (Holly Curran) was the type of person who didn’t really have any interest in her own personal development because she believed that it would reduce her chance of finding a man who would marry her, it doesn’t give our protagonist an excuse to use her as a punching bag (even if she was not present to hear said jabs). I’m not going to say it’s an understandable move as two years after that episode was released on Amazon Prime, Sheryl Crow had to clarify what she meant when asked about Taylor Swift’s masters changing hands (from Big Machine Records to Scooter Braun). I noticed that the question didn’t include details that Taylor wasn’t given a chance to purchase them back.

If I didn’t watch the actual video (with the question as well as Sheryl’s response), I could have been like the other punters getting upset over how she reacted. Because I have context, I know that the guitarist was answering as humbly and as earnestly as she could. What I can respect about Miriam is her honesty (Don’t worry! If you send me a link to a Q&A in which Sheryl shares the reason she hadn’t chosen to buy back her masters, I will be quite appreciative!). Not just when it is asked for, but when she feels like it is warranted. As I watched the scene in which it was clear that she was sharing information that would ruin her chances for a ‘smart shortcut‘, it was only after that I realised that the inciting incident likely made her default towards her true self (whatever form it took at that moment). That move also threatened to undo her friendship (which is technically tied with their working relationship) with Susie.

What ‘Gilmore Girls’ is known for, aside from its pages of dialogue, is its numerous references to popular culture. Since I am not well versed with the 1950’s (it doesn’t help that I’m not a history buff), the number of references (I think I got the ones about World War II) that were brought up likely just went over my head. I did pause when Susie makes a reference to ‘Bambi’. If it was something that was a nice reference but not of that era, I was open to give it a pass. After looking it up, I got a bit of a surprise when I found out that it was released in 1942. It’s clear that I was thinking of the black and white TVs in households and didn’t connect it to what was going on with films. Turns out colour was not the norm during that year as films like Ernst Lubitsch’s ‘To Be or Not to Be’ and George Cukor’s ‘Keeper of the Flame’ were released in black and white.

I’m not really sure what the secret of ‘The Marvelous Mrs. Maisel’ is, that it managed to keep me engaged not just until the last episode of the season, but also to the second season. One way I could describe the content is that if Vince Gilligan sat down with Amy to lend his knack for understated humour and then that initial draft was sent to Michelle King and Robert King to comment on any pacing issues. Maybe I’m just lamenting on the missed opportunity for the final season (though technically IMDB has this as a separate show rather than Season 8) of Rory Gilmore’s life journey (I know…it seems like it’s her mum’s story, but somehow the arc of that final season has the spotlight on her rather than mum). It’s not the kind of show that I’d recommend having a 10-year-old watch as an example of what feminism is, just because of how that kid might misinterpret the amount of nudity shown (both in private and public settings).

Who should I recommend the show to? I think I’m going with that person who saw ‘Legally Blonde’ and also appreciated the second instalment. It could be the next viewing for your TV Club or just a reason to have a cook-out (or in) with your closest friends. It certainly is something that affords commentary the second time round. Best viewed when all your attention is only on one thing and that’s the dialogue. We’re lucky that captions are readily available and it’s so easy to catch up. There were definitely times when I felt like a scene could have been cut short, but then realised that maybe that’s the point. Look back during those times when you wish you could skip whatever you were doing, even just 10 seconds ahead.