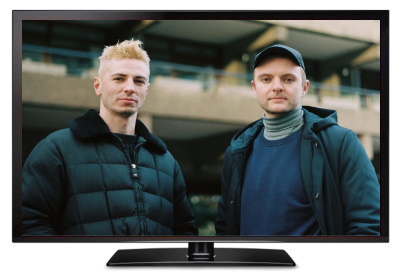 Joe & Rory are two comedians and filmmakers who have produced a number of superb sketches over the years, as well as the pilot for The Astonishing Adventures Of Alfred which in a recent review we described as “an absolute delight” and “joyously absurd”. Here they tell us how they first met, their plans for future episodes of The Astonishing Adventures Of Alfred, what a Joe & Rory sketch show would look like, along with their advice on how to stay sane during the pandemic.

Comedy To Watch: How did the two of you first meet, and then decide to work together?

Joe & Rory: We went to secondary school together and our families ended up living next door to each other, so we started making little sketches at home and it just naturally developed over the years. The first things we made were these parodies of a group of guys from our school who made ‘dangerous’ Jackass-style ‘stunt’ videos for MySpace, which was usually just them jumping off a bin or something. Our starting points are still usually people we knew from school.

CTW: The Astonishing Adventures Of Alfred is set in a very charming and idyllic take on British life, what was it that appealed to you about setting the film there?

CTW: If you were able to make a series featuring the character, what direction would you take it in?

Joe & Rory: That’s what we hope to do – and we want to continue to put Alfred in impossible situations for him to deal with, upping the stakes of the adventures and the subsequent terror that he has to face. We had plans for Alfred to somehow have to give birth to his own father for some reason.

CTW: The film came about via crowdfunding, is that something you’d consider doing for a full series, or other projects?

Joe & Rory: We wouldn’t write it off if we felt it was plausible, but our goal now is to pair with a production company that’s as excited about the prospect of Alfred as we are and help to find a home for a full series.

CTW: You’ve also created a number of sketches, for those unaware of your work, what would a Joe & Rory TV sketch show be like?

Joe & Rory: Our first love was The Peter Serafinowicz show, that kind of set everything in motion in our teens. We’re also big fans of Limmy’s Show, both of those shows have a tone akin to something we would look to make with our own. One of our more recent sketches was two 70’s Country-Western musicians singing about how they have low self-esteem.

CTW: You also perform live, can you tell us about what your stage shows are like, and what have been the highlights of performing them?

Joe & Rory: We curated our own show ‘Joe & Rory Presents…’ which we loved because it allowed us to share comedians we like and do our own thing. Getting feedback that the performers and crowd felt that they were in an inclusive, warm and welcoming space was the highlight as that’s something we make sure to prioritise for anything we do.

CTW: Has the pandemic influenced your comedy in any way, and do you have any interest in creating anything that features it?

Joe & Rory: We’ve learned that we have no love for Zoom-based humour and that we’ll be staying well clear of it. It’s forced us to make stuff around the house, which we did anyway, but moreso. We never strive to comment on current affairs, or the news, or real life. Comedy for us is escapism and we want to provide that to those who watch our stuff.

CTW: And how have you coped with the craziness that is 2020/2021? Do you have any tips as to how others might stay sane?

Joe & Rory: We’re both in therapy and wank a lot.

CTW: What do you think the world of comedy needs more of today?

Joe & Rory: More silliness for the sake of silliness – not everything in comedy needs to get a message across. A broader range of voices, there’s an ever increasing amount of representation, but it can and should go much further.

CTW: Conversely, what do you think the world of comedy needs less of?

CTW: If money were no object, what would you like to create?

Joe & Rory: We’re both filmmakers who have worked in various departments so we’re fortunate in that regardless of budget we’re able to bring our ideas to fruition one way or another. If money were truly no object though maybe we’d invest in some star power and get Dwayne ‘The Rock’ Johnson to play Alfred instead.

CTW: What one piece of underrated comedy do you wish more people knew about?

Joe & Rory: We’ve rounded it up to an even four: Detroiters, PEN15, I Think You Should Leave, Tales From the Tour Bus.

CTW: And finally, if you could interview yourself, what question would you most like to ask? And what would the answer be?

Related Links:
You can check out Joe & Rory’s website here.
While their youtube channel is here.
And here’s our review of the superb The Astonishing Adventures Of Alfred.