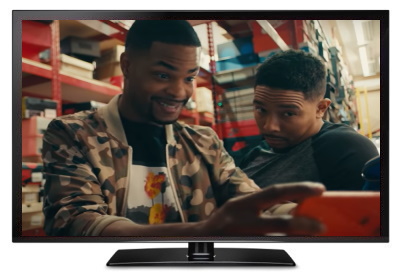 ABC Sitcoms – Surprisingly despite the pandemic, unlike many of the other networks ABC have managed to still produce many of their sitcoms and “The Goldbergs” will kick off the block with two back-to-back episodes on Oct. 21 at 8 p.m., followed by “The Conners” at 9 p.m. and “Black-ish” at 9:30 p.m. On Oct. 28, “American Housewife” will premiere at 8:30 p.m.” https://variety.com/2020/tv/news/tv-news-roundup-netflix-releases-the-playbook-trailer-watch-1234765762/

Atlanta – Filming has been delayed on the next two seasons which were due to be shot back to back. All that is known so far is that “One [episode] shoots primarily in Europe, one primarily in Atlanta”, and it will now be filmed in early 2021 (hopefully). https://news.avclub.com/atlanta-will-resume-production-on-seasons-3-and-4-in-ea-1845000312

Doc Martin – Is to come to an end after it’s next series, which I’m not heartbroken about shockingly. https://www.comedy.co.uk/tv/news/5922/doc-martin-to-end/

Doogie Howser, M.D. Reboot – The female led reboot of this family comedy drama has been given a ten episode season order. “We also have some more plot specifics to go along with that news, with Deadline adding that the new Doogie is Lahela Kameāloha, with Doogie apparently being her nickname for some reason, whose life as a teenage genius is complicated by her “spit-fire Irish mother” who is also her supervisor at the hospital and her “Hawaiian ‘Local Boy’ father” who has a hard time accepting that young Doogie “is no longer his little girl.” (In the original series, Boy-Doogie’s dad was a doctor with a private practice.)”
https://news.avclub.com/disney-orders-10-episodes-of-female-led-doogie-howser-1845016448

Ghosts – Will return to BBC1 on September 21st at 8.30pm. https://www.beyondthejoke.co.uk/content/9335/second-series-ghosts

Joe Exotic – The unneeded fictional version of the Tiger King documentary will star Nicholas Cage, and be shown on Amazon. https://variety.com/2020/tv/news/joe-exotic-series-nicolas-cage-amazon-1234765499/

Limmy’s Other Stuff – Limmy is supposedly quitting tv, and all other media, to become a full time streamer. “His retrospective show, Limmy’s Other Stuff, will air on BBC Scotland shortly. But the Glaswegian comic told his Twitch channel: “Honestly, I’ve just said to myself, I’m not doing any more telly stuff, I’m not doing any more books, live shows … I’m not doing any of that.” He went on to explain “doing the telly stuff has made me fucking suicidal. Each series, pretty much, made me suicidal right. The pressure and the knock-on effects with other parts of my fucking life of having to be open to these ideas all the time and thinking about stuff. I don’t like it, I don’t like it … I would be doing things that I don’t want to fucking do because it looks like the right thing to do. I know who I am and this [streaming] is what I fucking want to fucking do … I want to do this for the rest of my days until I drop off this fucking seat with a heart attack.” All of which is obviously a real shame as Limmy’s Show is one of the best sketch shows ever made, but of course his mental health comes first. https://www.comedy.co.uk/tv/news/5920/limmy-quitting-tv/

Man Like Mobeen – Has been given a fourth series, though when it will be filmed is currently unknown, with Guz Khan telling the NME “I’ve got some exciting ideas – I definitely feel that part of the story would have to be told in Pakistan this time – but the problem is, the backlog of scheduling goes back to 2022, so I’ve got to make a real choice based on timelines and people’s interest. If we can’t make the show within a good framework, I might have to leave it where it is… Mobeen and Nate are currently in prison so if we go for Series 4 – which is hopefully on the cards – we’re going to have to explore what Covid was like for those two in prison. Aqsa is a doctor now in the show so she would have been saving people’s lives on the frontline.”. https://www.comedy.co.uk/online/news/5928/man-like-mobeen-series-4/

The Misery Index – Is a new comedy gameshow “hosted by “The Good Place” star Jameela Jamil. The show also features Brian “Q” Quinn, James “Murr” Murray, Joe Gatto and Sal Vulcano, who are also the stars of truTV’s “Impractical Jokers.” Teams on the show compete to give misery ratings to real events based on the “misery index” created by therapists. It is inspired by a card game entitled “S— Happens.” https://variety.com/2020/tv/news/tv-news-roundup-fx-a-teacher-trailer-1234763802/

Never Mind The Buzzcocks – Is coming back and will now air on one of the Sky Channels. Whether Bill Bailey or Noel Fielding will return as team captains is unknown, as is the host, but according to the British Comedy Guide “At the weekend Paul Chowdhry posted on Instagram a now-deleted photo of himself on set at Riverside Studios with rapper Dizzee Rascal. BCG understands that there have also been changes to the show’s format.” https://www.comedy.co.uk/tv/news/5934/never-mind-the-buzzcocks-sky/

Old-Ish – This is the latest spin-off from Black-ish. “The new spinoff would focus on Earl “Pops” Johnson and Ruby Johnson, played in the mothership series by Laurence Fishburne and Jenifer Lewis. The project would Ruby and Earl as they give love a second chance. When they move to a rapidly gentrifying neighborhood of Los Angeles, they’ll meet characters who represent the old and new faces of the community as they try to make it work as a married couple again.” https://variety.com/2020/tv/news/black-ish-spinoff-laurence-fishburne-jenifer-lewis-old-ish-1234762795/

The Paddy Raff Show – Is a new BBC sketch show from the Irish comedian, with Chortle reporting “Raff has been commissioned for four episodes of his self-titled character-based show – including a Christmas – following his pilot. His creations – which started life on social media– include Nigel, the snobby social butterfly, Father Pat the raving priest, and Granny Raff, the sharp-tongued senior citizen. ”
https://www.chortle.co.uk/news/2020/09/10/46878/bbc_orders_shows_from_northern
_irish_comics

Previously With Shane Todd – After a successful pilot last year the BBC is making yet another bloody show with the comedian “offering a commentary on archive footage…with Todd performing stand-up about the clips as he displayed them on a big screen”. https://www.chortle.co.uk/news/2020/09/10/46878/bbc_orders_shows_from_northern
_irish_comics

Probably Racist NewsUK Comedy Show – Uber cunt Ruper Murdoch is launching a new news network in the UK, and Chortle reports that a daily comedy show will be part of the line up.
“The broadcasting tycoon’s NewsUK has posted an advert for an experienced producer to run and write for the show on the as-yet-unnamed channel. The job advert seeks an experienced series producer ‘to help lead a new daily factual entertainment studio show with multiple moving parts’. Whoever takes the position will be responsible for script writing, ‘and preferably will use your background in comedy writing to create engaging content. https://www.chortle.co.uk/news/2020/09/10/46873/daily_comedy_show_for_rupert_
murdochs_new_news_channel

Sneakerheads – This new comedy about “Devin (Allen Maldonado), a stay-at-home dad and former sneakerhead who finds himself in debt after falling for a scheme set up by his friend Bobby (Andrew Bachelor). In order to get his money back, Devin recruits a mismatched group of shoe lovers to snag a pair of “Zeroes,” the most elusive shoe in the game” now has a trailer online. https://variety.com/2020/tv/news/tv-news-roundup-netflix-releases-the-playbook-trailer-watch-1234765762/

Taskmaster – The first trailer for season 10 is now online. https://www.youtube.com/watch?v=qHLRxg6QRtA

The Venture Bros. – Adult Swim have bizarrely cancelled this critically acclaimed and much loved show, originally they gave it an eighth season but this looks like it’ll no longer happen unless another network / streaming service picks it up. https://twitter.com/jacksonpublick/status/1303102212193705985. Update: To confuse matters Adult Swim say they want more of the show, so why they cancelled it is open to question (with it being suggested it was their owners who made the decision), and perhaps it’ll carry on in the form of one off specials or a mini-series. https://twitter.com/adultswim/status/1303162122520723456

Worzel Gummidge – More details of the new special have been revealed which is called Saucy Nancy. “Shirley Henderson, who played Moaning Myrtle in the Harry Potter films will play the title role, a ship’s figurehead yearning for a return to the sea. The character was played by Barbara Windsor in the Jon Pertwee era series in 1980. Acting legend Vanessa Redgrave also joins the cast of the new film – to be screened on BBC One later this year – as Peg, a dressmaker’s dummy turned scarecrow.” https://www.chortle.co.uk/news/2020/09/08/46858/worzel_gummidge_to_return