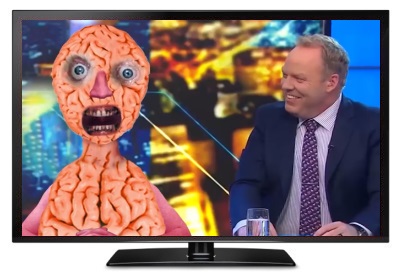 Sam Campbell’s Comedy Blap (ie online short for Channel 4) Get Real Dude was one of the funniest things I saw last year, a hilariously unusual sketch show that saw the comedian lurch all over the place in unpredictable ways, some sketches were surreal and absurd, others oddly sweet and affecting, and it had an impressively high hit rate when it came to the number of gags and how often (and how much) they made me laugh.

Now because it turns out he’s a pretty fantastic human being he’s made his 2018 show available for free on youtube in the hope it might help keep us sane during these Coronavirus filled times, and though the video is undoubtedly a small budgeted affair that might seem rather lo-fi when compared to the majority of Netflix stand up specials, it has just as many funny moments as the very best of them, if not more.

That might seem a little over the top but Campbell’s style of lunacy is just my cup of tea, it’s beautifully erratic as one second he’s talking about how he was recently mistaken for a pool vacuum, the next he’s showing us some photoshops of the shows he’s been in which include a “One Man Star Trek” and a “Twelve Man Castaway”, his artistic skills may not be on the same level as Vic Reeves or Harry Hill but his style of humour is just as funny, which is a pretty enormous compliment given how much I love those two.

He’s also created a number of videos including a very funny one where “The Real Sam Campbell” pops up to inform the audience that they’re watching an imposter, while he’s also skilled at producing mash up’s involving weird yet hilariously unforgettable characters, and I for one truly hop that Braingus (pictured above) gets his own series. It’s not all multimedia madness however (though I wouldn’t have an issue if it was), he’s also adept at brief, almost throwaway gags (like one which suggests that “Diary Of A Wimpy Kid” refers to Anne Frank), and there’s a couple of great bits of audience interaction which involve him proving that he knows what someone was thinking and almost having his penis cut off

Listing the best bits would essentially be the same as mentioning every single part of the show, and on the strength of this and Campbell’s blap he’s truly one of the most exciting comedians around right now. The show’s mixture of stand up and live sketch show is crazy but lovable, and though the hit rate isn’t 100% it is about 99.316% which is bloody impressive, and will make you want to see Campbell in the flesh as soon as you can.

Related Links:
You can watch the special on youtube here.
And you can watch Sam’s Comedy Blap here.