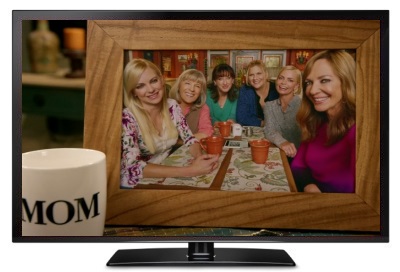 Mom Season 7 Episodes 1 and 2
I’ve always been fond of this CBS show, if only for the fact that it’s a mainstream network comedy where six out of the seven main cast members are female, and the one male actor is sometimes absent from an episode and isn’t missed at all. But seven seasons in and I’m starting to lose interest a little, partially because they’ve run out of interesting things to explore, which to be honest shouldn’t be a surprise as they’ve burnt through a hell of a lot of them in the past, and partially because it’s lost it’s edge a little. It used to be a really sharp sitcom that dealt with big, heavy themes, not just alcoholism and addiction but death, and, well, pretty much every serious thing you can imagine, but these two opening episodes to season 7 have just been the characters bickering with each other in an annoying manner, which has been an aspect of the show in the past, sure, but not the only thing. There’s still a few funny moments, but it’s definitely a blander affair without the slightly twisted sense of humour that it used to have, and it’s starting to get rather repetitive too, and so though I plan to stick with it for a little while yet if it doesn’t improve soon I may well ditch it.

Mock The Week Series 18 Episode 11
Unfascinating fact time, but I was in the audience for the recording of the first ever episode of Mock The Week, where producer Dan Paterson promised us a show which could be seen as a follow up to Whose Line Is It Anyway with comedians improvising jokes on the spur of the moment, and that those comedians would be new and on the cutting edge of comedy. Fourteen years on and 193 episodes later that’s still not the case, with many a round just allowing the comedians to throw in some of their prepared jokes or bits from their routines, but at least the comedians are sometimes decent, with Ed Gamble, Rosie Jones and Rhys James impressing in this particular episode. On the downside Kerry Godliman was often painfully weak, coming out of the kind of jokes and vague rants that your drunk friend might make while watching the show, and big chunks of the show aren’t exactly satire at it’s very best. Still, complaints aside, it does prove that I really do need to get around to seeing Rhys James and Ed Gamble perform live again, Hugh Dennis is a very likeable chap indeed, and that my disdain for Tom Allen is still not misguided.

Sunnyside Season 1 Episode 1
Unceremoniously dumped on to their streaming service after just four episodes, NBC’s Sunnyside is one of the biggest flops I’ve seen in a long time even by US network standards. But could a show which was produced by Michael Schur (The Good Place, Brooklyn Nine-Nine) deserve such a fate? The short answer is of course not, especially while series like Perfect Harmony and Carol’s Second Act are still on the air, but it’s not as good as Schur’s series normally are. Perhaps that’s as he’s only the executive producer, and it was written by Matt Murray and show star Kal Penn, and so it lacks the inventiveness he normally brings to a series. Nut it’s still a likeable affair which sees Penn as Garrett Modi, a politician who has been kicked out of office after failing to deliver on all of his election promises, and his girlfriend’s dumped him too so he has to move in with his Sister. Desperate for money he uses a Fiverrr type site and hires himself out for $50 an hour and though at first people just use it to mock him, then a group hire him to help him pass a citizenship test. It perhaps follows a predictable route with Penn seeing the error of his ways far too quickly, his sudden transformation from selfish dick to all round good guy is a little absurd but it has a strong central message about how immigrants are treated horribly unfairly, and a good few strong gags, including a running joke about the number of jobs one of the group has, a dig at real life politician Anthony Weiner, and a youtube video of Garrett acting the twat in front of two policeman was funny too. Overall then, it does have some minor issues, and not all of the jokes are that great, but it definitely deserved a longer life than it got.

The Ten
A 2007 comedy from David Wain which tells ten stories relating to The Ten Commandments, if this was released now it’d probably be a big hit given that it stars Paul Rudd, John Hamm, Winona Ryder and Ken Marino among others, but back then it was mostly ignored which is a shame as it mostly works and is very funny. There is one poor element though, the “Though Shall Not Covet Thy Neighbours Wife” skit which is a bleak and far too drawn out rape gag that I found to be horribly misguided, and I really thought Wain and co were better than this. If you can ignore such a mis-step however, or are happy to skip watching it, it’s a comedy that’s definitely worth watching.

Video(s) Of The Week
Joe Pera Talks With You returned this week, as our glowing review should have brought to your attention, and the only downside is that at two short episodes a week I’m already having withdrawal symptoms. Fortunately there’s quite a few stand up sets by the man on youtube, and I’d particularly recommend his 2013 appearance on Showtime with Anthony Apruzzese, where he performs a lovely little set – https://www.youtube.com/watch?v=JIntFMexCzw – and then this week he was on Colbert, in what’s a very funny interivew that made me love him even more than I previously did (which I didn’t think was possible either). https://www.youtube.com/watch?v=lsSZTjLYDJ0&fbclid=

Link Of The Week
Hal Hartley’s produced some of the best American independent comedies of the last few decades, with his Henry Fool trilogy being a particularly fantastic piece of work that should be sort out by all, though if you’re new to his films I’d suggest starting with Amateur as that’s the most accessible. Anyhow, he’s now doing a Kickstarter for his latest film, and if you’re a fan it’s something you’ll definitely want to back, and if you’re not, well back it any way as not enough films as quirky and as unique as Hartley’s get made these days. https://www.kickstarter.com/projects/260302407/where-to-land