Comedy Oddities: Under The Silver Lake 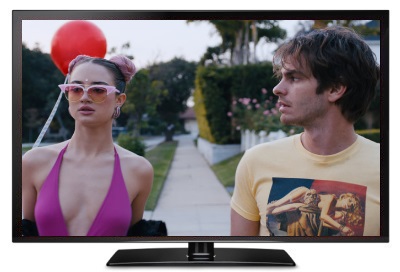 After the massive success (at least critically) of Donnie Darko the director Richard Kelly followed it up with the massively overblown bizarre mess that is Southland Tales, a film I love to pieces but then I do have a real fondness for pretentious absurdities. David Mitchell seems to have taken a page out of his play book as his cult hit It Follows was loved by critics and audiences alike, but his third film is considered to be something of a flop and it barely got a cinema release before being released on video on demand.

It’s a slightly more coherent film than Southland Tales but it shares it’s scope and ambition, and odd sense of humour, as it follows workshy slacker Sam (Andrew Garfield) who hangs about his home and randomly spies on neighbours or is seduced by the various women who throw themselves at him. He becomes obsessed by a comic by a local writer which seems tied to a spate of dog killings, and the fact that a female neighbour moves out in the middle of the night leaving only behind a mysterious sign on the wall.

It’s pretty clear that we’re not supposed to particularly like Sam, he’s aimless and occasionally shitty, but it makes it hard to enjoy the film when we have a lead who’s so vacant and nothing-y. I’ve no issue with comedy where the lead is a bit of a git (Rick and Morty is one of my favourite shows after all) but Sam’s quest to find a woman he barely knows feels creepy, sure it’s a way for him to avoid tackling his real issues in life but the central concept revolving around conspiracy theories and how ridiculous they are, only for one to actually turn out to be even stranger than Sam could have predicted, isn’t quite as involving as Mitchell seems to think about and so having an irritating lead character is still a problem.

There are a lot of elements that I did enjoy, it’s packed full of visually memorable moments and the over the top melodramatic film noir-esque soundtrack amused a fair deal. There’s a host of quirky characters who are thankfully far more engaging than Sam is, and the weird dream sequences entertained greatly. There’s also some intriguing commentary on the nature of youth, and our obsession with pop culture, but unfortunately despite starting really well and showing a lot of promise around the one hour twenty minute mark the film starts to run out of steam and the ending while vaguely amusing wasn’t quite as interesting as I’d hoped it’d be.

Like 93.8% of films which are 2 hours and 20 minutes it’s overlong, and it’s also a bit too pleased with itself in places, with Mitchell being weird for the sake of being weird. That’s something I normally like too but after a while he struggles to pull it off, and half an hour could easily have been cut. Ultimately it’s a nihilistic take on existence, and not one that I necessarily disagree with, but it shouldn’t have taken so long to come to it’s conclusion even if the ride is fun at times.