Live Review: Josh Glanc – Glance You For Having Me 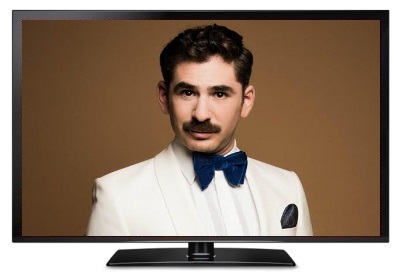 If you’re bored of comedians doing routines about relationships, Brexit, depression and the time they ate an enormous eighty inch baguette (okay, I’ve only heard one person do that last one, admittedly) than Joshua Glanc is definitely going to be the comedian for you. A Jewish Australian comic who looks a bit like Paul F. Tompkins, he also shares his extreme talent for being unpredictable and delightfully funny with pretty much everything that emerges from his mouth making me laugh, indeed what emerged from his trousers also generated chuckles too.

Taking to the stage in a gorgeous white tuxedo to an enormous amount of applause, some from the audience, some of which was pre-recorded, Glanc takes on the persona of a charming Vegas crooner, a lounge lizard who promises some jokes, some songs, some stories and even a bit of magic, and he delivers on all fronts. He’s playful from the get go, teasing the audience as he almost starts singing but then decides against it, before eventually bursting in to Luck Be A Lady Tonight. This is still an early work in progress and it was a little ramshackle as he occasionally chatted to the sound operator and joked about with him, but even in this form it was impressively funny and lovable stuff.

After the first song he continued with a bit stand up, normally I struggle with comedians who do a “Don’t you think I look like…?” bit but he frames it in such a way that he more than gets away with it, especially as his comparisons are presented with props instead of words. Then after a bit more playful interaction with the audience he talks about his relationship with his mother, bringing on a grotesque papier-mâché version of her on to the stage, and discusses how he used to perform characters for her from a very young age, which we get to see a couple of tonight. They’re funny because they’re so simplistic, Glanc has a real talent for wrong footing the audience, and it’s this element which makes me like him so much.

Every so often he takes out his penis and urinates on to a pot plant on the stage, which may sound absolutely horrendous if taken at face value but of course it’s not actually his real genitalia, and the routine revolving around such an act is beautifully inventive and silly. The same applies to the stories he tells within the set, the best of which is about how he faked an appendicitis when young but almost as good are the tales of how he pretended to need glasses despite having perfect eyesight and the occasion he tried to trick his mother in to thinking he was dating a woman the same age as her.

One person walked out about twenty minutes in and it’d be rude of me to call him an idiot, but well, that’s truly what he is. Perhaps that person’s favourite comedian is Michael McIntyre or one of the Russell’s, and if that is the case with you then Glanc may not be the kind of act you enjoy, but anyone who likes their comedy with truly daft, silly and unpredictable elements will love this a great deal. It’s rare that I go and see a comedian do the same show twice but as this is currently a little rough around the edges I definitely plan to see the finished version soon, and would be amazed if I didn’t love it even more.