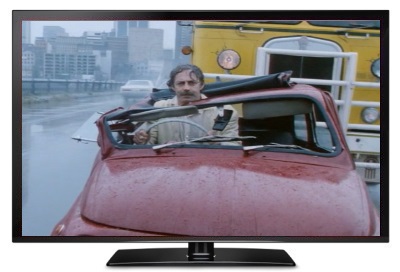 Directed by Ray Lawrence, this 1985 Australian effort is based around advertising executive Harry Joy (Barry Otto) having a near death experience and when he’s brought back to life the world isn’t like how he remembered it at all, and he starts to wonder if he’s actually ended up in hell. Given how messed up his life gets it’s easy to suspect that he may be right, and with his new mindset life becomes pretty deranged.

Of course Harry isn’t really in hell, he’s just finally discovering what his family was really like all along, and after finding out his wife Bettina (Lynette Curran) is having an affair with his business partner Joel (Jeff Truman) and his children David (Miles Buchanan) and Lucy (Gia Carides) are in an incestuous relationship (albeit one the daughter only takes part in in exchange for cocaine) he leaves them and books himself in to a hotel. Buying in to the idea that if he does good now he’ll have a better life next time around, he fires a client whose products cause cancer, meets up with prostitute Honey Barbara (Helen Jones) who quickly falls for him, but then his family have him institutionalised as they think he’s gone mad and if anything everything gets crazier.

It’s a little uneven structurally, it’s occasionally narrated by an unknown individual who doesn’t pop up enough given how entertainingly droll his discourse is, and at two points supporting characters break the fourth wall which is really effective but left me wishing they’d used the device a little more often. There’s also a few fantasy sequences which are quite unique and again it was a case where it was a shame there weren’t a few more, but most of the time this is a unique and quite affecting tale of how a man finally found bliss in an extremely unusual way.

While it’s undoubtedly a mix of drama and comedy there are a good few strangely hilarious scenes, from Harry’s son David turning out to be a cocaine dealer and fantasising about wearing a Nazi uniform to the head of a mental asylum mentally scarring two young boys for life. There’s also an oddly amusing moment where Harry learns that his car has been sat on by an elephant, a friend’s revelation that he has cancer is dealt with eccentrically, and there’s much satire of the advertising industry and the lack of morality within it, as well as mockery of the concept of family.

It’s a twisted, bizarre film, and yes, yes I did like it a lot for those reasons. If you’d told me it was directed by Terry Gilliam I would have believed you, the nineteen eighties version of Gilliam at least, and that is meant as a huge compliment. It’s not the sort of thing which will often have you bursting out laughing but it will cause an awful lot of wry smiles, and though it lags a little in the middle most of the time it’s a fascinating ride.