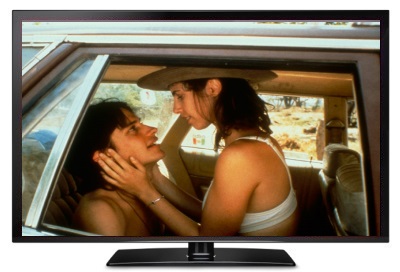 When it was released Y Tu Mamá También (And Your Mother Too) was compared with Amores Perros, mainly due to the fact that both were made in Mexico, which is quite frankly bizarre (and a little patronising) as it covers much lighter territory and shows a much more beautiful side to Mexico than that aforementioned film. A road movie which follows two long-term friends, Tenoch (Diego Luna) and Julio (Gael García Bernal), as they travel across Mexico with Tenoch’s attractive and very recently separated cousin Luisa (Maribel Verdu), those looking for explosions and excitement may well be disappointed, but anyone who wants to walk away from a film feeling oh so relaxed and with a broad smile on their face should see it now.

Alfonso Cuaron has mostly directed bleak and morally complex films since but this is a charmingly fresh coming of age tale about the joys of post-adolescence, and whilst nobody’s perfect here – as Luisa says ‘you guys are assholes sometimes’ – they are so fun to spend time with. Parallels with Jules et Jim abound as this is about two friends whose relationship is affected by a strong dominant woman, but whilst lacking that film’s depth and scale it is unique in it’s sense of wild abandonment and joyously spur of the movement living, and just as great as that classic film.

Despite how it may sound it’s not a flimsy affair either, while it’s a liberating road trip for all involved it is also shot through with a sense of realism, and grounded in a sense of the inevitable as friendships and relationships die and not everything always goes to plan. The film’s naturally sexy too, with much nudity, but never in an exploitative manner, and for once rather pleasingly you see as much of the men as you do the women. The two leads are incredibly relaxed around each other, and a more realistic friendship is hard to imagine, yet it’s the complexities of their friendship which makes the film so fascinating. Their manifesto for life, which they only partly live by, is a perfect example of their immaturity, but also for their love for life, and many will no doubt wish they’d spent their teenage years in such a style.

Beautifully shot, the film makes Mexico look like a paradise for once, rather than the dirty, drug crazed and grime filled slums that the majority of US movies and tv shows depict it as. It’s an insight in to the culture and a way of life rarely depicted on the big screen which is an enormous shame given how fascinating it is. Thankfully it’s not overly stylish either, the editing’s unobtrusive and more importance is placed on capturing the beauty of the situation, even if it’s not at first immediately apparent.

Y Tu Mamá También really is a rarity, even all of these years on from it’s release, as it’s a comedy about teenagers that isn’t all about desperately trying to score drugs or sex (as both come along naturally enough) and explores the central duo’s friendship in beautifully affecting ways. It’s an absolute gem of a film which will make you laugh and leave a long lasting impression, and a beautifully positive one at that.