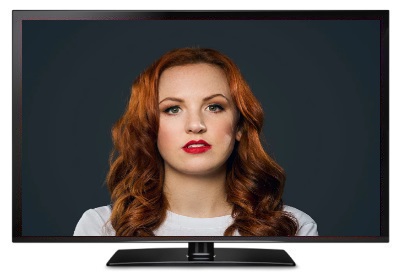 Catherine only started performing stand up in 2015 but in four short years she’s already been a finalist in the BBC New Comedy Awards and Funny Women competition, appeared on Comedy Central’s Roast Battle, BBC2’s The Mash Report, and written material for The Now Show, The News Quiz and Frankie Boyle’s New World Order. Described as “Pretty much the perfect comedy package” by comedy critic Bruce Dessau and “The sort of perfectly structured Edinburgh debut you always hope for and rarely get to see” by The Times, we’re enormous fans of hers and here she talks about her debut hour long show Immaculate, working on The Mash Report and The Stand Up Sketch Show, and how out of everyone in the entire world she’d like to make a show with Nigella Lawson.

CTW: You’re performing your show Immaculate at the Soho Theatre later this month, how would you sell it to someone who was previously unaware of your good self?

CTW: What do you most love about being a stand up comedian?

Catherine: I am encouraged to spend time thinking about things and playing. That’s pretty incredible beyond the age of 15.

CTW: And conversely what’s the worst thing about being one?

Catherine: Waiting for the buses and trains at night in the middle of nowhere. That’s no fun. But the rest is pretty good!

CTW: What one thing would you say has been the biggest influence on your comedy?

Catherine: I’ve had so many it’s hard to pick one. Maybe being ill before I started comedy. I feel like I’ve hit a pretty low spot so this is all fun and when I take it too seriously or get too wound up about it, I can always remember that things have and could be much worse and that this is supposed to be a good time.

CTW: You’ve recently appeared on The Stand Up Sketch Show, can you tell us a little about what it was like working on the show?

Catherine: Well, it’s given me a new respect for drag queens! I found it so hard to lip sync to my own jokes, I can’t imagine how hard it is to do to lyrics without a second take!

CTW: You’ve also written for Frankie Boyle’s New World Order and The Mash Report, can you tell us about how the shows are put together and your involvement with them?

Catherine: Well with Frankie’s show I was only ever in the writers room so all I can really tell you is that he is brilliant and that I watched in awe. As for the my VT’s on the Mash report, we usually come up with some ideas before the series and then wait to see what happens in the news. Then, I will write for about two days with a writer, this series it was with Ahir Shah, Georgie Flinn and Ed Night. That script will go to the producers and directors and have an edit and then we shoot the VT in one day. After that, we have fun in the studio, I get to wear a cute suit and Nish does all the hard work, it’s a joy!

CTW: Is there currently a tv show on air that you’d love to either write for or appear on?

Catherine: SO MANY! TV IS SO SO GOOD AT THE MOMENT! Sex Education on Netflix is currently what I’m bingeing. I love it! I love QI, Would I Lie to You, Cats Does Countdown and so many more. The dream is a Netflix Special though, right? That’s every comics goal, surely.

CTW: And if you could work with anyone in the entire world, who would it be and what would you make?

Catherine: Nigella Lawson and I think it would be something simple like chocolate mousse so we could just flirt the rest of the time.

CTW: If you were able to travel back in time what advice would you give yourself when you first started out in comedy?

Catherine: I wouldn’t. I haven’t planned much yet in my comedy career. I fell into it and consequently it’s one of the few things in my life where I’ve just been able to see how it goes. That’s served me well so far.

CTW: And finally, if you could interview yourself, what question would you most like to ask? And what would the answer be?

Catherine: Oh god, much as I love the generosity of this question, I’m not sure I’m narcissistic enough to answer it!! Pass?

Related Links:
Catherine’s Official Site.
You can buy tickets to see Immaculate at the Soho Theatre in February / March by clicking here.
A clip of Catherine on The Mash Report.