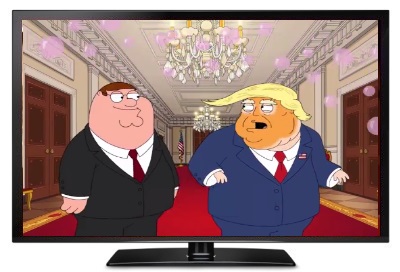 The Day Shall Come
More info has finally been revealed about Chris Morris’s new film, with Screen Daily stating “Four Lions filmmaker Morris is understood to be close to completion on The Day Shall Come. The film is produced by See-Saw Films with US outfit Archer Gray, Film4 and the BFI, and stars Marchant Davis, Danielle Brooks, Anna Kendrick and Denis O’Hare”, and yesterday it was announced that the world premier will take place in March at the SXSW festival in the US.

Meanwhile Chortle posted the following about the film: “Davis plays Moses, an impoverished preacher in Miami offered cash to save his family from eviction. He has no idea that his sponsor works for the FBI, who plan to turn him into a criminal by fuelling his madcap revolutionary dreams….Kendrick’s FBI operative is named Kendra Glack. Brooks is Venus, the mother of Moses’s seven-year-old daughter, Rosa, played by Calah Lane, while Novak’s character is Reza the Shopkeeper, whom Chortle believes to be a Muslim arms dealer. Stand-up James Adomian also appears as a police officer. Explosive set-pieces in the film include an FBI SWAT team conducting an armed siege and Moses taking possession of a rocket launcher. Moses’s full name in the film’s script is Moses Al Bey Al Shabazz. Shabazz was the surname taken by Malcolm X and his descendants after he repudiated the Nation of Islam and began a period of travelling in Africa and the Middle East, including completing the Hajj, the Islamic pilgrimage to Mecca. The FBI was linked to the death of X’s late grandson, Malcolm Latif Shabazz, who lived in Miami, suffered mental health problems and was murdered in mysterious circumstances in Mexico City in 2013. Shabazz had been a spokesperson for Muslim and African-American causes, workers rights and his grandfather’s legacy. Rapper and actor Malcolm M Mays also plays a character known as X in the film.”

Update: And now the first image from the film has been released:

Family Guy
Because they have always have their fingers on the pulse of the nation the producers of Family Guy have decided it’s time to phase out making jokes about gay individuals. The series debuted in 1999 when such jokes shouldn’t have been acceptable in the first place, but at least twenty years on they’ve finally decided to stop being such idiots. Now all they need to do is stop telling misogynistic, racist and tired jokes and tell good ones again and it might actually be worth watching. The most recent episode certainly wasn’t, and it could have been so great as it saw Peter work in the White House alongside Donald Trump. What should have been vicious was mostly predictable and lazy and it portrays Trump as daft rather than as a cunt, and made jokes about his hair rather than his policies. There is one horrible moment where Trump sexually assaults Meg which becomes a major part of the story, but rather than laying in to his disgusting treatment of women the attack on him is mild and it ends with Peter just having a long fight with him instead. At one point the show mocks Peter as someone who has “over time has worn out his welcome” but they don’t bother to try to improve the quality of the script and instead stick to the shittyness they know all too well, and instead mock the ridiculously better Bob’s Burgers in one painfully naff moment. The ending is effective at least, and I guess I should be kind of glad that a mainstream network show is attacking Trump in such a way, but it’s a real shame they didn’t do so in a far more savage manner.

Richard Herring’s Leicester Square Theatre Podcast
I’ve not seen the latest episode with Rick Edwards yet and may not do so as he’s not someone I find particularly interesting (and that’s me being polite there), but the previous week’s episode with the Fingers On Buzzers podcast duo, Lucy Porter and Jenny Ryan, was a really fun watch, with both telling fun anecdotes about the quizzing world. Admittedly you probably need to be interested in quiz shows to enjoy it but if you are I’d recommend checking it out. And other episodes from this series that I enjoyed a lot are: Amanda Abbington, Rose Matafeo, Greg Davies (who’s ridiculously entertaining), the Women Solving Crime podcast (which includes Herring’s wife Catie Wilkins who comes out with some very funny lines), Ross Noble (who has some superb anecdotes about Mel Brooks), Lou Sanders, Alex Horne and Jonathan Ames (also a fascinating listen, and if you’ve not checked out his novels yet do so asap).

Jon Glaser Loves Gear
The second episode aired in the US last night and was just as great as the first, which I reviewed last week, a second review would be a little repetitive though as I’d just be repeating the words “Fuck me this is astonishingly funny” and “Man I love Jon Glaser, I wish he would perform in the UK so I could propose to him” a lot.

Youtube Video Of The Week
Confession No.106 – I’m no fan of Ricky Gervais, which will probably not come as a shock to many. Sure, I like The Office a lot and parts of Extras were fun, but his output since then has been pretty depressing and his supposedly ironic jokes about racism and homosexuality have been painful to watch, both The Invention of Lying and Life On The Road contain too many examples that are beyond shitty. And don’t even get me started on Derek, we’ll be here all day, and possibly tomorrow too. But as a pacifist I shouldn’t enjoy seeing him being punched repeatedly, so I’m something of a hypocrite when I say that one of my favourite tv shows is the admittedly terrible “The Fight” which saw celebrities take each other on in the Boxing Ring. In this episode Gervais battled against z-list celebrity Grant Bovey who was only famous due to being rich and having a tv presenter wife, but it’s fun to view even if you’re not normally a fan of violence, and can be seen on youtube here: https://www.youtube.com/watch?v=DNGtIwWrBs8